Ex-mayor of Sujata village retired
few years ago after his 15-year governance.

His son,
Mr. Devendra Pathak is the principal of
Niranjana Public Welfare School in the village. 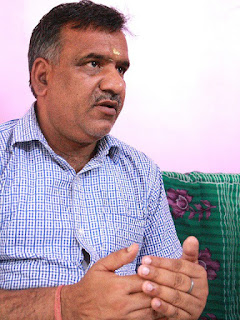 Both of them are still respected from villagers.

Mr. Devendra Pathak is
very proud of historical Sujata village
and shared us the legend of the village.

It was about 2,500 years ago.
Senani village,
later called Sujuata village
was in a thick forest.

Gautama Siddhartha,
who would one day become known as Buddha
appeared in the village.

He was 29 years old
when he gave up status of prince
and left his kingdom,
wife and son to lead an ascetic life.

“Why was I born in this world?”

He was to determine a way
to relieve the universal suffering of humanity.

For the next six years,
Siddhartha lived in incredibly hard ascetic life
at a cave of Mahakala mountain,
few km away from Sujata village. 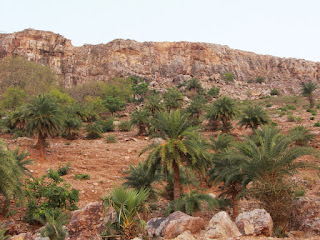 Because answers to his questions
did not appear,
he redoubled his efforts,
enduring pain, fasting nearly to starvation,
and refusing water. 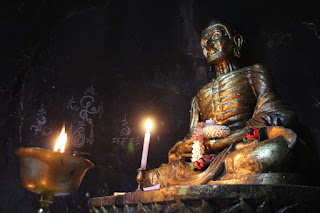 He was close to death and
he realized that hard ascetic training
didn’t solve his questions.

So he left the cave and the mountain,
and he arrived Niranjana river
which separates Sujata village and Bodhgaya. 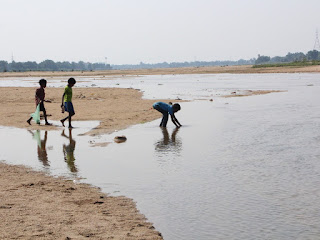 After bathing in the river,
Siddhartha walked to a banyan tree in Sujata village
and started meditating.

On the other hand,
Sujata, a daughter of the land lord of the village,
was walking to the banyan tree
for special worship.

Because she kept worshiping the tree
for having a healthy boy for long time
and her wish came true.

She had milk rice in her hand for offering.

When Sujata saw Siddhartha meditating
under the banyan tree,
she thought

So, she offered him milk rice.

Siddhartha once refused
because he was on fasting.

But Sujata told Siddhartha
who was close to death like this.

“When the string of the lute is too tight,
it breaks.

When the string of the lute is loose,
its sound won’t carry.

When the strings are
neither too loose nor too tight,
the music is beautiful.

Middle way is most important.

You will die if you don’t eat.
If you die, it’s over.
You are pulling your strings too tight.

Don’t be ridiculous.
Take this milk rice and you’ll be fine.”

Siddhartha finally accepted her milk rice
and he recovered both mentally and physically.

He must have felt,
“How sweet and tasty!”

His solid body and heart
after 6 years hard ascetic life
must be loosened.

Siddhartha realized that
middle way is the way to enlightenment
at this moment.

There are statues of Sujata
offering Siddhartha milk rice
under the banyan tree. 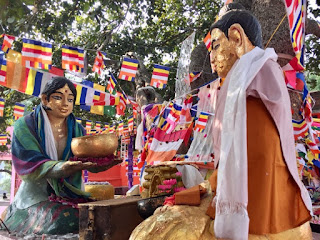 By the way,
Siddhartha walked to a big pipal tree
in the forest of Uruvela, after called Bodhgaya
and started deep meditation under the tree. 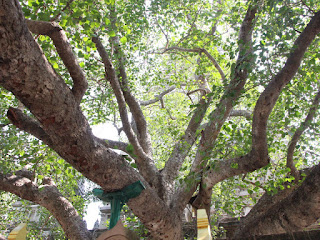 Finally, he attained enlightenment
and became Buddha, enlightened one.

Contents of his enlightenment
was summarized as the creed of Buddhism
and was spread all over the world.

Without the milk rice of Sujata,
Siddhartha never attained enlightenment…

The village people are proud of this story
and handed down from generation to generation.

I feel so whenever I receive villager’s warm kindness.

They cannot leave who are in trouble or at a loss.

I always feel I am welcomed
even though I don’t speak Hindi.

The villagers make me feel it is natural I am here.

It makes me happy.

The villagers are also ready to welcome you anytime.