There’s a pooja room (room for worship) in the guest house  "SACHI HOME-Sujata Yoga Resort" in Sujata village in India. “Pooja room in SACHI HOME @Sujata village in India” If you step inside the room,  you will see Hindu Gods  such as Krishna and Ganesh. The owner of SACHI HOME says  it’s a high energetic place. You can feel it if you enter the room. It’s quiet and sacred place. It’s a good place to pray and meditate.  You can easily concentrate. “Pooja room in SACHI HOME @Sujata village in India” Everyday morning and evening,  one of the staffs do poojas (Hindu worship). Before pooja,  you have to take shower from top to toe of your body  and you cannot eat before pooja. It’s very important rules and Indians keep these strictly. On Thursdays, special pooja is added to every day pooja. Aromatic wood chip and ghee are mixed in a bowl  and preparation of the pooja started. Ghee is refined butt
Post a Comment
Read more

In Sujata village,  there’s a community center for women  called “Sujata Ashram”.  In the Ashram, village women can learn skills  to generate money such as sawing. Former article about the Ashram is here .   The other day,  we made Japanese traditional reusable shopping bag  called Azuma-bukuro with girls  who come to learn how to saw to the Ashram! “Making Azuma-bukuro with Indian girls at Sujata Ashram” Why Japanese eco-bag Azuma-bukuro…? Because… We want to change the situation of the village  full of garbage everywhere. “The current situation of garbage of Sujata village” There’s NO collecting system of garbage,  without segregation,  garbage from houses are thrown away  to the street or vacant land… We hope the village to regain  the beauty by reducing garbage. “Beautiful agricultural field of Sujata village” So, we start from what we can do. That’s why we introduced Japanese Azuma-bukuro  as a
Post a Comment
Read more

What's “Sujata village”  in India like? It’s a quiet village which remains  traditional style of living.  You may feel like  as if you are time-traveling to  several hundreds of years ago. “Rice planting scene from Sujata temple” Hindu teachings are connected deeply to their lives, “Girls praying at Shiva temple” If you walk in the village,  you’ll meet buffalos marching. “Buffalos are moving on the main street of the village” You will see children enjoy playing in the water, “Children are jumping into the small pond!” At the same place, you’ll see a man bathing. “Village men often bath outside, anywhere.” You’ll meet someone carrying load  in an acrobatic way. “A woman carrying long logs on her head.” “A man carrying something on his head  while riding a bicycle!” Sujata village itself is quite an ADVENTURE for you who are living life without spice in it. But the village has mo
Post a Comment
Location: Sujata, Bihar 805131 インド
Read more

Beauty of women creating something 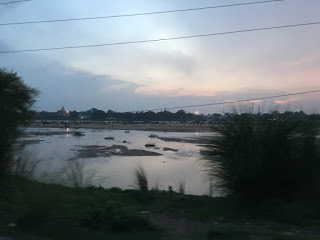 Raining Severe hotness more than 40 ℃   in daytime is finished and  now we have heavy rainfall  several times a day in Sujata village. It’s really a rainy season! “Dried up Niranjana river  almost all the time of year  now has a flow of water. You can see Mahabodhi temple  registered as a World Heritage Site  from opposite side of the river  in Sujata village.” Between the rainfall of the daytime,  clouds cover the sky and  it is cool as I wear long-sleeved shirt.  It’s hard to believe  that we were experiencing  severe hot days until recently. “Niranjana river and the sky, beginning of July.  These blue sky and white clouds are gone now.  It was only one month ago…” Rainy and cloudy days are going to last  for the time being,  but there’s a place where always sunny  and colorful flowers bloom in Sujata village. The place is… Sujata Ashram! The place is for encouraging village women  to be indep
Post a Comment
Location: Sujata, Bihar 805131 インド
Read more

I’m yokko. I like to walk early in the morning  before it gets hot outside. In Sujata village,  people say “ Namaste~ ” each other  when they meet on a street  even to the person you don’t know. By the way… I share what happens  if you walk in the village. 🌿 What is your name? Many locals ask to me  and they also tell their names. Thank you very much,  but I cannot remember  unfamiliar Indian names… (View of Sujata village) 🌿 Do you have any brothers or sisters? Many locals ask me this,  but I don’t get the point  why people want to know... 🌿Shaking Hands Children put out their hands for me  to shake hands.  I feel like somewhat I’m a celebrity. 🌿Silver tooth  I have a silver tooth by dental treatment.  When I smile, the tooth can be seen easily.  Locals are very interested in silver tooth and  many questions I get!!! Just walking in the village  brings me to this kind of
Post a Comment
Read more 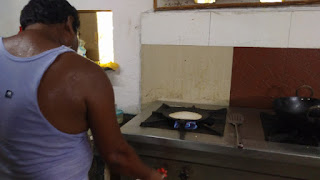 Nice to meet you! I’m yokko staying at SACHI HOME  in Sujata village for a while. One day I said,  “I want to make chapati for lunch!!!”.  Chapati is common Indian thin bread.  It goes with vegetable or bean curry same as rice.  I shall ask someone how to cook. Oh, how good timing! Parween-ji comes! As I asked,  he started mixing whole wheat flower  without any word.  It’s very simple to make chapati. Water + Whole wheat flower  ↓ Knead dough ↓ Hold together the dough ↓ Roll out the dough ↓ Bake A small frying pan is used to bake with high heat. Wow, brilliant!! The chef left again without a word. Simple and tasty. I could feel the good taste of wheat flower  so that I even could eat without curry. Smells so good!!! April is harvesting time of wheat in Sujata village.  The village has one milling machine.  So, the people go there to make wheat flower  from the wheat which the
Post a Comment
Read more 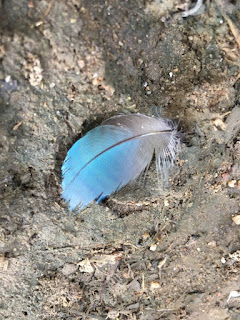 Morning starts very early in India. It is 3:30 and still dark. Who wake up earliest in the morning? They are …  wild birds   which said to exist more than 40 kinds in Sujata village. There you are…! Found you!! Beautiful songs of wild birds wake me up. It’s just 4 o’clock. I can hear the sound of Mantra. Mantra is a sound  that is believed to have a special spiritual power  from the universe  and sang from ancient times. Would you like to hear the wild birds singing  and sound of Mantra…?  Please close your eyes and enjoy the sound. At the same time, babas(elder men) get up  and come out to outside wells for washing faces.  Their new day starts. The leaves of mango trees are shining  and very beautiful under the moonlight.  I regard the leaves are gift or present  which brings good luck from God to the Indian people  who live tough and strong lives. How is today going to be? What shall
Post a Comment
Read more
More posts