In April and May,
I thought it was better than I thought
and I could bare days of over 40℃!

But monsoon season has begun
and now humidity is mixed with high temperature,
it’s very hard to stand…

June is rainy season and also the hottest season
in Sujata village in India.

But field work never waits
whatever you say it’s too hot.

The other day,
I thought something would happen soon
to see this field.

An elder man is mixing soils by his hands.

The following day,
water was added more
and the man was plowing with a hoe. 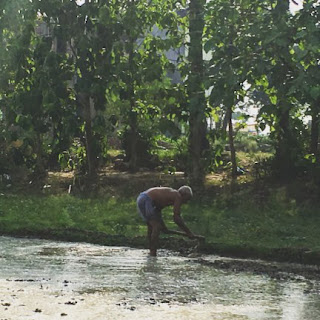 In the afternoon of the same day,
the water level raised more. 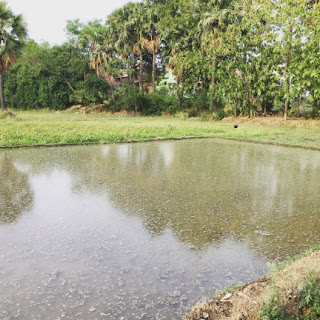 I thought transplanting rice seedlings
would be carried out like in Japan,
but I was wrong.

Because transplanting rice seedlings in Japan
is carried out to the field with water like the picture above.
And the water was gone from the field today. 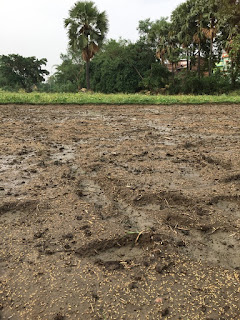 Why the water gone…?

Rice with its husk. 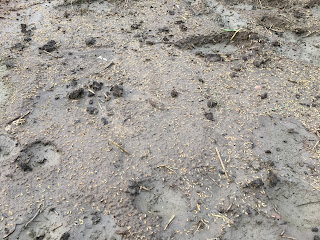 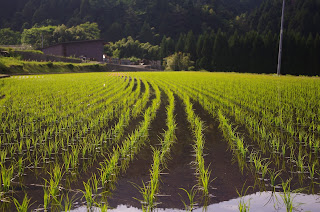 Maybe, only in Japan,
people grow rice seedlings first
and then transplant them.

It takes time and effort…

The man pointed by orange arrow is Mr. Parween
who already has a married daughter. 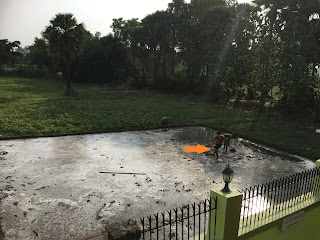 He is just enjoying the feeling of mud with his bare feet
with another two working men.

He is a humorous and naughty village father. 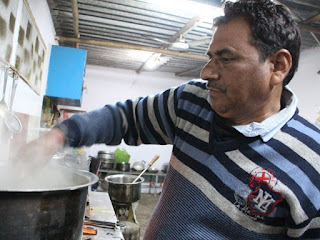 He does what he wants to do
without any hesitation.

He says what he wants to say.

Walking inside muddy field attracted him
and immediately he put off his shoes
and entered the field!

Everybody is doing
what he or she wants to do naturally.

You can be yourself if you come here.

Sujata village helps you to live
with your true heart… 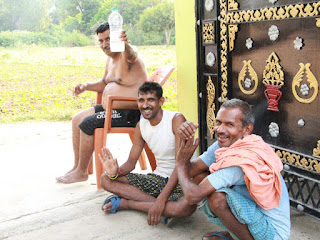